At first, the game of darts may seem like an easy endeavor. After all, it’s all about holding the darts and throwing them provided you don’t go past the oche. But, in reality, the success behind this precious indoor game goes beyond knowing its rules. Knowing how to hold a dart during the game is one major trick most experts and top dart players capitalize on to improve their aiming techniques and win more games.

Although there isn’t a good or bad way to hold a dart, proper grip of the dart before releasing can really make a huge difference between a perfect and a shameful throw.

When learning how to play and win in darts, one area that can define your success is how to grip the dart. Your throwing stance should be impeccable while the release should be smooth and steady enough to give the dart a parabolic trajectory.

Now, having said that, this short guide will discuss the various ways you can hold the dart as well as include some useful info on how you should position yourself before you release the darts. So, if that sounds truly inspiring, then sit back, take your position and read on.

How to Hold a Dart: Step by Step Guide 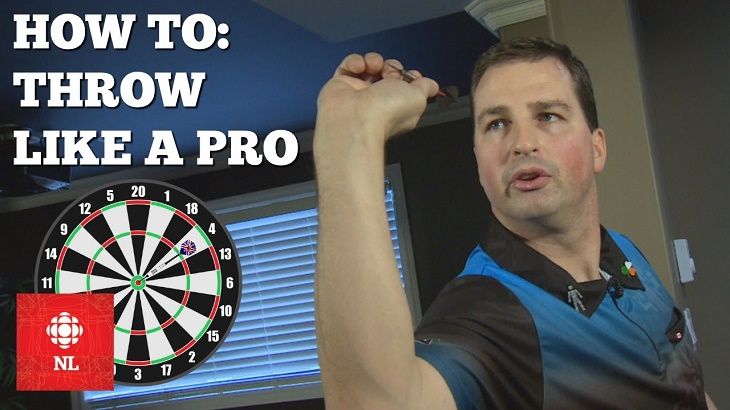 Part-1: Getting Into the Stance

Before you can jump to the different techniques of holding a dart, you first need to understand how to position your body and how to adjust to the recommended throwing distance. At least by doing this, you’ll have a sense of legitimacy playing under the official guidelines other than playing under rules you made up yourself.

So, to throw the darts with precision, start off by positioning your body correctly. This involves standing with your legs hip-width apart then moving the body sideways with the dominant foot in front of the other (supportive) foot.

To stabilize your stance, you can raise the heel of your back foot a bit, keep the dominant foot right at the oche and ensure both your hips and shoulders are connected. Although you’re supposed to keep your entire body straight and compact, some players might opt to lean forward just a bit to perfect their stance.

Well, this is absolutely fine if it makes you feel comfortable. However, you need to make sure that you don’t lean too far forward as this can compromise your throw.

Alright, moving on from the stance, it’s now time to discuss how you’re supposed to hold the dart. Now, in the game of darts, learning how to grip is mandatory, as it’s what helps you to throw the dart steadily. But, before we get deep into the technicality of holding the dart, let’s first discuss the different parts of the dart to make this process a lot easier.

To understand which parts of the dart you’re supposed to grip, we will break down the different parts of a dart and discuss them just to make things easier for you. Concisely, the dart is composed of four parts, which are the point, barrel, shaft, and flight.

Some people think that holding the dart too tightly will lead to a steady throwing action. Well, that’s just a deception and it’s not true. Instead, the dart should be held lightly like a potato chip—not too tight to cause a tingling sensation to your fingers and not too loose to fall off your hands.

Although it’s always overlooked, this is one tip every darts beginner should adhere to when learning how to play this precious game. Since the tip is the one that penetrates into the dartboard, it should be angled facing upwards to make a steady trajectory.

Now, darts follow a parabolic trajectory that is more like a ballistic motion usually evidenced when you throw a stone or fire a bullet. When a dart is released in a steady curvature, it immediately accelerates acquiring kinetic energy that allows it to move in a controlled motion towards the target.

Having covered most of the factors that revolve around gripping a dart, we’ll now finalize this section by discussing the different ways you can grip a dart as you get ready to release it. Initially, there are four ways you can hold a dart. That’s by using two fingers, three fingers, four fingers and sometimes even five fingers.

Now that we’ve covered everything that’s needed to hold darts, the next and final step is to throw the darts towards the target. Although we had touched on some of these points earlier on, it’s imperative that we highlight them further just to pave some light to beginner darts players.

In conclusion, you need to continue perfecting your stance. This is usually accomplished by continuous practicing.

Finally, as you can see, holding a dart comprises a convergence of multiple factors. Although it might look simple at first, focusing on how you stand, how you grip the dart and how you release it from your hand will ultimately determine your success in this precious game.

So, with that said, the game of darts is wide and immense with plenty to learn and plenty of games to enjoy with friends and family. So, if you’re an avid darts player, then this short guide has offered you something that you can add in your darts chronicles.