Beyblades are a game that accommodates both old school players and the new generation making it the best indoor sport to bring the whole family together. It also brings lots of fun and encourages creativity and concentration, which is why it is an invaluable gift to get for your children. However, many parents and children still don`t know how to launch a Beyblade, denying them a chance to enjoy the game. Getting the right Beyblade stadium, launchers and blades is the first step to getting the most fun.

It is, however, incomplete if you don`t know how to launch your Beyblade character properly to get the most extended spin and to knock out your opponent each time. This is a guide for parents and children who want to know the best way to launch the characters in the stadium.

Parts of a Beyblade

There are four main parts of any Beyblade play. You have to understand and utilize each part properly to win the game.

It is the arena where the blades spin and attack each other until one either runs out of the spin, bursts or gets knocked out of the play area. You need to sturdy the bey stadium wall carefully before launching to ensure you remain in the field of play. The bey stadium with holes on the sides also needs extra care of you are to last long enough and make unpredictable patterns with your defense or stamina beys.

The traditional play involved launching with your hand, but most people enjoy launching with specialized launchers instead. It is important to choose a launcher that gives you a comfortable grip. This ensures a stable hand when launching. The Beylauncher also comes with a string called a ripcord that gives your Beyblade more spin. The Beylauncher also helps you time and direct the landing of your blades better.

There are four main types depending on what you need them to do to the opponent’s bey, as discussed below.

The main role of the attacker is to take out the opponent by hitting them as hard as possible to either take out their stamina or throw them right out of the stadium. Attacker Beyblades are known for their spiked blades and small performance tips that give them low stamina. You are required to knock out your opponent as fast as possible before your stamina runs out.

It is also important to ensure that your attacker gets enough speed without recoiling and knocking itself out instead. Attackers should be launched onto the side of the stadium to gain more speed and make aggressive trips as they hit at the defense and stamina players in the center of the stadium.

The defense Beyblade is more focused on preventing attack blades from taking them out. Defense blades tend to be lower than other blades and also have smoother energy layers. They don`t have powerful stamina, but their forge disks are heavier, making them harder to take out with hits. They may not outlast stamina beys in slip outs, but they tend to knock them out.

They also stay in motion when struck at by attack blades to stay longer in the stadium. They perform best when launched into the center of the stadium, which gives them more spin time and ability to maneuver counter enemy attacks.

These are also called survival blades designed to stay in motion even after receiving multiple hits from enemy blades. Their energy disks tend to be higher than defense and attack blades to reduce the impact of knocks. They are also smoother to minimize friction from contact with enemy blades. Thy naturally out spin defense blades on the stadium unless the defense puts up enough strong knocks. They should also be launched into the center of the stadium to keep them in play for as long as possible.

The Balance Beyblade are hybrids of all the first three types. While they bridge the flaws of each of the first three, they don`t necessarily have a particular strong suite yet. They are, however, the best Beyblades to induce creativity as they can perform any role as long as they are launched correctly.

Methods of Launching Your Beyblade

This is the most common launch for beginners, although some burst geniuses still perform miracles with it. It involves holding your launcher directly above the stadium in a level position before releasing without moving the launcher. It is the easiest method, although not the best for high-speed blades. It works perfectly for stamina and defense blades, though.

This is the most common attack launch for beginners. It involves holding the launcher at an angle below 45 degrees to the stadium before releasing the blade. The aim is to initiate aggressive flower pattern movements that knock out the opponent faster. You should be careful to avoid bursting yourself out instead. It allows the attacker to hit the defense more aggressively and frequently. You can make the attack more lethal by angling further from the stadium or make it less lethal but sneakier by angling closer.

This is the best method to launch a stamina bey. If you Intend to stay spinning for a long time and also to become unpredictable for your opponent, you have to launch slowly just above the stadium. You will hold your launcher in the same place as you would in a parallel shot, except you have to angle it slightly then release slowly while pushing the launcher away from yourself. The bey then lands softly and spins in an irregular pattern without running out of stamina.

This is the best way to counter a weak shooter or any stamina beys in the stadium. It is all about knocking out any beys in your way. You launch the bey from the side of the stadium with one strong release causing it to move in circular motions to cover as much of the stadium as possible in a short time.

The Beyblade is an old game that can be enjoyed by everyone as long as they know the few simple rules involved. If your Beyblade hits the ground running in the right direction and at the right speed, you make a better opponent. Concentration and creativity are key to becoming a burst pro, but knowing the best way to launch each Beyblade is the most important step. This guide has put together all the basic guidelines you need to follow to get better at playing the Beyblade every day. 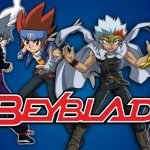