If you happen to see a bunch of men and women paintballing, you’ll most likely laugh it off thinking they’re just fooling around pretending to be warriors. But, when you get deeper into the game, you’ll realize that paintballing has some military-simulation style of play. Although it’s not an actual military training, paintballing is a smart way of spending time with friends and family by building teamwork to achieve victory. But, if you’re a beginner joining the game for the first time, one burning question you’re likely to ask yourself is what to wear paintballing.

You see, most tactical games, whether indoors or outdoors, will require you to wear some type of armor. While some newbies will only think of buying a gun, the gear or rather the attire you’ll be wearing during the game is equally important. In most cases, finding the right gear in a vast ocean of options mostly turns out to be stressful and overwhelming. Thankfully, this head-to-toe guide has stepped into the occasion to offer you immense variations regarding the type of gear you can consider depending on the situation. So, whether you’re an avid paintballing connoisseur or perhaps a parent that has been dragged into this by a stubborn kid, here’s a comprehensive guide you can consider.

So, What is Paintballing and How Did it Get Started?

Although paintballing is not currently recognized as a mainstream sport, it’s rapidly gaining popularity as one of the fastest-growing sports in the world today. Just like most other tactical games, this one too is played both indoors and outdoors in fields of varying sizes.

During the game, players compete either individually or in teams to eliminate each other by tagging their opponents using their markers (paintball guns). The guns contain paintballs which are capsules containing water-soluble dye. For safety reasons, these paintballs are non-toxic and are composed of biodegradable water-soluble polymer making them safe for kids and adults alike.

As we mentioned earlier, this game is played both indoors and outdoors. The game zone is populated with natural terrains such as trees, hills, and inflatable objects (bunkers) of various shapes and sizes. The reason for including such natural and artificial obstacles is to allow players to formulate various plans and strategies during gameplay.

Now, the origin of the paintball game commended in the mid-1960s where Charles Nelson invented a way of shooting trees and livestock from a distance using a marker. Later on, animal rights activists protested against this and the game was somewhat forgotten.

However, in 1981, this shooting game resurfaced with a brand new playing strategy as its being played today. The game was played by 12 participants from all walks of life where it involved the “one-flag and the two-flag capture the flag” playing styles.

Today, paintballing has evolved to become a major sport just like most extreme sports. It also has a major World Cup where countries converge to compete against themselves. The game has rules and regulations as stipulated by its governing body. Furthermore, the National Professional Paintball League(NPPL)has gone ahead to hold major leagues and tournaments in a bid to make the game even more popular across the globe.

Just before we get to our main topic, allow me to discuss a bit regarding the different types of paintball games you’ll be expected to play. By knowing these games, you’ll easily understand why you’re supposed to gear up before getting to the paintball arena.

In this type of paintball game, one flag is placed at the center of the field. The objective is to capture the flag and take it to your opponent’s side without being shot.

In this style of play, two flags are placed on each side of the opponents’ territory. The objective is to raid your opponents and capture their flag which you’re supposed to take to your territory without being shot.

In this type of play, one team is tasked to defend their flag in their base while the opponents are supposed to attack the opposition base to capture the flag at all costs and take it to their base.

This is the simplest type of paintballing game you’re likely to play. Here, teams are required to shoot each other. The team with the last man standing automatically becomes the winner.

What to Wear for Paintball: An Ultimate Guide 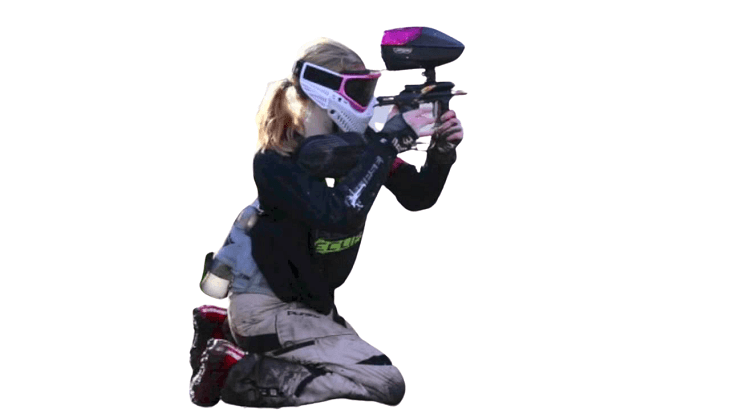 Now that we’ve informed you about the ins and outs of paintballing, our next step is to discuss an imperative list of gear you’ll need to wear when paintballing. The first gear that’s ultimately the most important is the mask. When paintballing, the first area that requires the most protection is the head which includes your face and your eyes.

Now, paintballs move at a rapid speed of around 200 miles an hour. In case these balls hit you on your face or your eyes, then it can probably hurt. However, if you’re wearing a helmet/mask, then your entire head will always be protected making the game enjoyable.

The next gear you need to think of when paintballing is some sort of head protection. This can be in the form of a baseball cap, a beanie, or a headband. You see, most people hate the idea of being shot on the head because it does hurt for the first few times. Therefore, head protection is essential as it also protects your head against cold during winter months.

If you’re a beginner, then it’s hard to understand the main purpose of a neck protector. However, if you’ve been hit on the neck by a paintball, then you’ll realize the importance of having one. Neck protectors are essential during paintballing as they help to absorb shock when playing. Scarves and shemaghs are also important because they not only protect your head but also allow you to conceal your identity when paintballing.

Moving down from the head protection gear, we have the jersey. You see, other than the head, the next part of your body that requires immense protection is your upper body which comprises of the chest, the arms, and the shoulders. During paintballing, you’ll be expected to run, jump, and fall. Other times, you’ll expect to get shot which can be really painful especially when you’re shot at close range. So, to keep your upper body protected, you need to invest in a long sleeve jersey.

The best thing about most jerseys today is that they have smart features that make paintballing a safe game. The materials used are capable of absorbing impact to keep you safe. They’re also breathable to prevent excess sweating and are also easy to clean keeping in mind paintballing is all about colors.

If you’re an experienced player, you might like to invest in a tactical vest to stay safe. These vests are fully functional because one, they’re multi-layered to absorb shocks and impact and two, they have multiple pockets that offer additional space to keep more essentials such as water bottles, a map, a watch, and additional paintballs.

However, if you don’t have enough space on your tactical vest, then you can invest in a pod pack that you can strap around your waist to hold extra paintballs.

Another part of your upper body that requires some serious attention when paintballing is your hands. You see, when paintballing, you’ll be expected to use your hands to accomplish most of the tasks such as moving thick bushes, branches, and thorns out of your way. Your fingers are also responsible for pulling the trigger in case you need to shoot thus exposing them to potential harm from your opponents.

Therefore, when shopping for a pair of gloves, you need to search for thick well-padded gloves that will protect your fingers and your knuckles against injuries. The gloves should be durable, wearable, and should have the right grip to help you handle your marker with less difficulty.

Now that we’re through dressing the head and the upper body, the last part of your body that will require maximum protection is the lower body. You see, during paintballing, you will be expected to kneel, crawl, and dive in the middle of the game.

While this is considered the fun side of paintballing, the worst nightmare is when you go paintballing with the wrong pants. In case the quality is bad or maybe they’re too tight, your pants are likely to get torn in the middle of the competition exposing your flesh to incoming paintballs, rocks, thorns, rough terrains, and hard objects.

So, to avoid ruining your day with injuries, there are several key factors you’ll need to think of when shopping for paintballing pants. The first one is comfort. Here, you need to make sure that your pants are thick enough to slide freely on your body to make it easier for you to march, run, dive, and crawl without feeling uncomfortable.

Other than comfort, your pants should be lightweight, durable, well-padded, and easy to clean. The padding should be plenty and on the right places to keep your joints, hips, and muscles safe in case you dive and land on hard surfaces.

During paintballing, there are times when you’ll be forced to wear certain gears depending on the weather condition. One of these garments you can consider is a pair of sliding shorts during those hot summer months. These shorts are usually padded and are designed to protect the lower body against impacts caused by the paintballs or in case you fall over. Just like the pants, the shorts should be durable, comfortable, well ventilated, and easy to clean.

Although most pants come with built-in knee pads, there’s a need to purchase an extra pair to help you out in case you decide to wear slide shorts. Just like the elbow pads, knee pads are intended to protect your knees against impacts in case you smash your lower body on the ground.

Just like how you’re keen enough to protect most of your sensitive parts, your groin too will need some serious protection if you’re a male paintball player. If you’re wearing pants, then you can consider a groin cup but if you’re wearing slide shorts, you can choose shorts that come with thick padding on the groin area as well as around the butts and the hips. At least with such protection, you won’t ruin your day paintballing in case a paintball shot moving at over 200 miles an hour lands on that sensitive area.

The last gear that will complete your wear for paintballing is a pair of footwear. Since paintball is a game that involves running, jumping, pivoting, and diving on sharp objects on the outdoors, having the right footwear will be essential if at all you need to keep your legs and your entire lower body safe. Depending on your choice, you can opt to wear soccer cleats, sneakers, or boots depending on the severity of the game.

In conclusion, planning what to wear when paintballing is really important if you wish to enjoy this game to its full potential. Other than the gear we’ve mentioned, there are other silent things you’ll need to consider such as a gear bag and some changing clothes. Remember, while it’s easy to wash away the paint stains on your gear, it won’t be the same for your car’s seats. Therefore, you need to be very keen especially if you’re a beginner who’s paintballing for the first time. 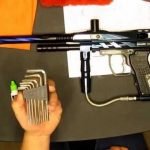 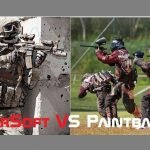